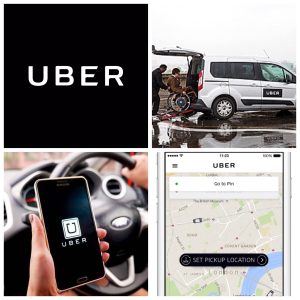 I first tried Uber Access or Uber WAV as it called in the States during trips to New York City, & Washington DC. It was a bit mixed to be honest. Loved the concept. Once I got the Uber App sorted in a foreign country I was away, booking cabs with aplomb and loving the great ramped access, the always interesting and friendly drivers and, well, the sheer “ease and normality” of it all.

I was aware that UBER WAV as it started out being called was up and running in London. So having tried in the USA it seemed rude not to give it a go in Blighty !!

Well I have and it is fantastic. High praise I know but that’s how it makes me feel. There are now more UBER ACCESS cabs (new name) on their system and wait times are coming down from the start when it was 45 minutes to a much more reasonable 15-20 mins, tho like anyone else, try getting an Uber Access in a thunderstorm at rush hour and your likely to face a bit of a wait.

Its just, so darned easy….. there you are in central London or I think farther out these days, and you call up the Uber App, enter the location you want to go to, select Uber Access from the options, confirm you really do want the accessible vehicle with ramp, and off it goes searching for your ride. You must have an Uber Account of course, which in turn means you pay by PayPal or a registered credit card. It’s safe, it’s easy, it’s quick.

Uber have a very edgy rep dont they. They are hated by many black cab drivers in London and elsewhere I suspect. But Uber seems to be cheaper and I’d have more sympathy with the black cab community if they had embraced accessibility with enthusiasm, instead of being forced into it by Ken Livingstones legislation etc. Even then, a side entry ramp on a black cab can be a precarious thing and definitely not great for a power chair user. The angle is often dangerously, impossibly, steep from cab to pavement. Frankly I’ve rarely been made to feel welcome in a London cab and unlike Uber who will not charge you whilst you are being secured in the cab, the meter can run from when a black cab stops to pick you up, if they do stop ofcourse, which is far from guaranteed. Not so Uber whose drivers MUST accept your app booking.

Maybe I’m being a bit harsh on the black cab fraternity. I have got a certain accessible E7 black cab in Hinckley Leicestershire and been treated like a king. But most places, particularly London, not so much.

In London the Uber drivers I’ve met have all been really good. Friendly, chatty, interesting and clearly knowledgable as to the Chair restraint systems. I’ve never felt rushed. Always felt safe. And so far never had to wait beyond 30 mins even in rush hour, mostly I’ve been picked up in 15/20 mins. The Uber Access drivers tell me they don’t get stick from the Black Cab community, it’s as if there is a tacit acknowledgement that Uber Access has stepped up and met a desperate need to provide choice for disabled people, at fair prices which are the same as Uber X and the company incentivise drivers to become Access drivers, and to get the accessible cars with rear ramps, like a Berlingo or Horizon.

Uber Access is spreading across the UK ! See their website for details but hopefully it’s on its way to most large cities and lots more places where the location may not be that large but the need remains the same.

So, Uber Access, what’s not to like ? Actually it’s all good as far as I’m concerned, a power chair user who now can access more Underground stations than ever before, the red buses, and even cabs using an App. That has to be all about “choice” as this impressive young guy from Whiz Kids says in a video review of Uber WAV, now Uber Access. Just scroll to the bottom of the website piece from a third party and there’s the vid.